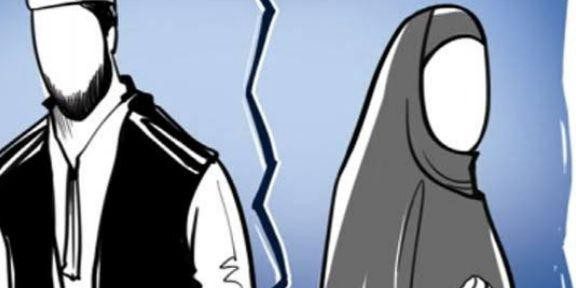 Islam protects the sanctity of marriage and considers a family as a basic unit of society. Reconciliation between parties is recommended at every stage in marital life (Quran 4:35, 4:128). Even when divorce process by talaq has commenced, the door to reconciliation remains open for 3 months (Iddat period) to allow possible reconciliation of spouses (Quran: 2:228). During Iddat period, both spouses remain with their obligations at marriage (65:2, 2:241).

Despite the importance that Islam attaches to marriage, circumstances arise and spouses have to inevitably divorce. The prophet (SAW) said that ‘Of all things permitted by law, divorce is the most hateful in the sight of Allah’ (Abu Da-ud , Sunan Xiii 3). This means that divorce is not a laissez-faire practice; parties divorcing should satisfy themselves that they fit within the very exception.

The Marriage and Divorce of Muhammedans Act Cap.252 allows Muslims to divorce in accordance with their norms. Divorce in Islam is therefore a question of law. A party intending to divorce should choose with mathematical precision the form of divorce to take. After choosing the form, the intending divorcee should fulfill the norms pertaining the form taken. In Islam, a person can divorce by talaq, khul or fasiq.

Talaq is commenced by a husband to a wife and a husband should allow a wife to take 3 months of Iddat. The divorce is pronounced at end of each month and becomes final upon the 3rd pronouncement after which the husband pays a reasonable gift to the wife according to his financial status (Quran 2:236). Khul is commenced by a woman with or without a refund of Mahr while Fasiq is given by Qadhis court upon application by either the husband or wife after proof of grounds for divorce. Accordingly, a person who alleges that there was divorce should 1st prove that the form and further prove that the norms of that form were complied with. In case of divorce, a woman should be released in handsome way with kindness. (Quran 33:49, 2:229)

There has been a misconception between divorce and grounds for divorce. Mere separation of husband and wife, regardless the period of separation though a ground for divorce does not amount to divorce. Denial of marriage whether in words, recording or Will does not amount to divorce, Cruelty, adultery are all grounds for divorce but not divorce by themselves. A spouse can elect to continue with the marriage and reconcile despite having a ground for divorce. This was all made to keep sanctity of marriage and make divorce unequivocal.

The procedures in divorce were made clear to protect the weaker sex in most cases being women (Quran. 2:228; Text, Translation Commentary by Abdullah Yusuf Ali). Oftentimes, most men abandon their wives emotionally on grounds of adultery. The standard of proof in adultery cases is high in Islam. In fact, scholars have argued that the standard is twice higher than that of proving a murder case.  For a third party to prove adultery, there should be four witnesses each of whom should have independently seen the sexual act delicto. In the event the person who alleges fails to bring the required four witnesses, the person who alleges is flogged 80 stripes are called wicked transgressors (Quran 24:4).  In case adultery is alleged by the husband, then he should swear 4 times the 5th invoking the curse of Allah if he is not telling the truth, that the wife is adulterous. If a wife denies 4 times with the 5th invoking a curse of Allah if he she not telling the truth (Quran 24:6-9), then the marriage will be dissolved by way of Fasiq before the Qadhi.  These limits were set out to protect the chastity and dignity of, especially women.

Divorce is therefore not a question of declaration but that of law in Islam. Special conditions should be fulfilled before an allegation of divorce can be made & sustained. Many a men declare that they divorced their wives in fact whereas they are still married at law. This situation was a precondition to the revelation of Surat 58 (Al Mujadila-The woman who pleads).

According to Yusuf Ali’s commentary on Verse 1 of the Surat Mujadila; Khaulah Bint Tha’labah was divorced by her husband Aus Bin As -Samit by declaring that Khaula was forbidden to him (in conjugal rights) but did not formally divorce her. Khaula was denied the marital feast and she could not lawfully contract another marriage. Khaula pleaded that she had little children and the husband could not support them by virtue of the divorce declaration. Khaula’s plea was heard and accepted by Allah and the practice of Arabs divorcing women by declaration was abolished hence the revelation of the Surah. This implies that the formalities in divorce are not merely directory but mandatory and they are mostly made to preserve the dignity of women.