LETS ALL CONDEMN MEDIA STEREOTYPES OF ISLAM AND MUSLIMS 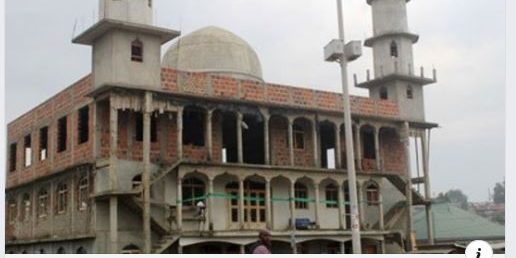 On 3rd July, 2020, the Daily Monitor published an Article “Who is funding Uganda’s new high rise mosques?” The authors labored to investigate the source of funds for construction of mosques in various parts of Uganda. The article labels Muslim international development partners as “international friends” (in quotes), before concluding with statements linking Muslim NGOs supporting mosques to illegal activities. By natural implication, the Article wrongly points out when the minister for presidency Esther Mbayo talked about NGOs being involved in illegal activities, she was referring to Muslim NGOs.

Media is now recognized as the 4th Estate for its power to influence the way the public views certain aspects. The questioning of source of funds for construction of mosques and linking the construction to terrorism even when the investigations reveal nothing in that line, should not be taken for granted. The authors have a clear intention of making the general public believe that Muslims are too disorganized to make their own developments which depicts Muslims and Islam as a weaker species in our society. Alternatively, the authors want the public to believe that there is connection between Islam and subversive activities.

Time and time again, we refuted the connection between Islam and subversive activities including terrorism and emphasized that Islam is a religion of peace. Despite the constitutional guarantees against discrimination, Muslims have always been discriminated and put on a defensive by virtue of being Muslims. Such innuendos by the media have pushed the Muslim donor world from funding philosophical aspects like Human Rights to funding development work such construction of mosques and bore holes, which the mainstream media has now began to question and viciously attack.

Due to relative political stability, Uganda generally has realized an infrastructural boom characterized by construction arcades, churches, roads, mosques, and malls in various parts of the country. There is over-pricing of land and buildings in Kampala which has brought some questions on whether funds for construction is not realized from illegal activities like corruption and money laundering. This media publication comes at a time when Catholics, Anglicans and Born-Agains have magnificent churches and commercial buildings which we have commended but not questioned the source of their funding. One wonders why construction of mosques should give media sleepless nights.

We all have a duty to condemn attempts by the media to discriminate against any class of persons including Muslims. Muslims enjoy the same rights to develop without being questioned. Media should not belabor to connect development of Muslim centers to subversive activities. Monitor Publications should not only apologize to the Muslim community but should ensure reporting which does not instill fear amongst Muslims. Muslim Centre for Justice Law will lead a struggle in ensuring the Article is retracted be it seeking redress in courts of law. We call upon you all to join us in this noble cause.