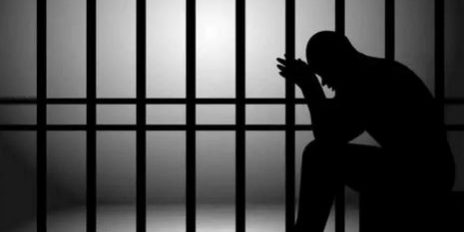 Under Ugandan law, this is a restriction to liberty and range of movement of a person who is suspected of having committed a crime/an offence or is about to commit a criminal offence under the laws of Uganda.

It refers to the time a person arrested is confined in the police station for processing (between arresting a person and bringing that person before a court).

On what grounds and when can someone be placed in custody?

Under Ugandan law the arrest of a person leads to her/his police custody, thus the grounds to place a person in custody are the same as judicial arrest. The purpose of the custody is to conduct an inquiry and a police interrogation.

A magistrate – before whom a person arrested is sent – may detain that person in custody:

An officer in charge of a police station may discharge a person arrested without warrant on any charge – after due police inquiry – when insufficient evidence is disclosed on which to proceed with a charge. On the other hand where it appears to the police officer in charge of the police station that the inquiry into the case cannot be completed, she/he may release that person on executing a bond to appear at a place and time named in the bond.

Under Ugandan law the arrest of a person leads to her/his police custody, thus the competent authorities are the same as judicial arrest, except when the arrest is made by a private person:

What are the legal safeguards for police custody?

Custody with a warrant

Custody without a warrant

Officers in charge of police stations shall report to the nearest magistrate within 24 hours the cases of all persons arrested without warrant within the limits of their respective stations, whether the persons have been admitted to bail or otherwise.

The magistrate before whom the accused person first appears after the expiration of the custody period shall release that person on bail:

Custody with a warrant of arrest

The officer to whom the warrant is directed shall release the person from custody:

The endorsement on the warrant issued by a magistrate court shall state:

Custody without a warrant of arrest

A person arrested without a warrant shall be brought before a magistrate’s court within 48 hours, except when that person need to be questioned in a different area of her/his arrest then it is within seven days .

If the person arrested is not suspected of murder, rape, treason or an offence of serious nature, and:

A person arrested, restricted or detained shall be kept in a place authorised by law and these places are to be officially gazetted by the Minister of Internal Affairs.

On the other hand, the Prison act allows a police officer or any other law enforcement officer to arrest and detain an accused person in a lock-up, but in any case for not more than 48 hours from the time of his or her arrest. A “lock-up” is a place maintained by a district or a police force, where arrested persons are temporarily detained, pending production in court.

Furthermore untried prisoners, as a person restricted in custody, shall be kept separate from convicted prisoners because they are prisoners who are presumed to be innocent.

Rights of persons in police custody

A person restricted shall be informed immediately of her/his right to a lawyer of her/his choice. In addition, she/he has the right to a reasonable access to her/his lawyer. In the case of an offence which carries a sentence of death or imprisonment for life, the person arrested has to right to counsel at the expense of the State.

The Uganda law does not give information on the right to access case files during police custody, but a person arrested shall be notified of the substance of the warrant of arrest.

Right to see a doctor

A person restricted shall be allowed reasonable access to a doctor and medical treatments at her/his cost.

In a language understood, a person restricted shall be informed immediately of the reasons of the nature of the offence and the right to a lawyer of her/his choice.

In addition the next-of-kin of the person restricted shall be informed as soon as possible of restriction, at the request of that person.

When a person is restricted under state of emergency that person shall: