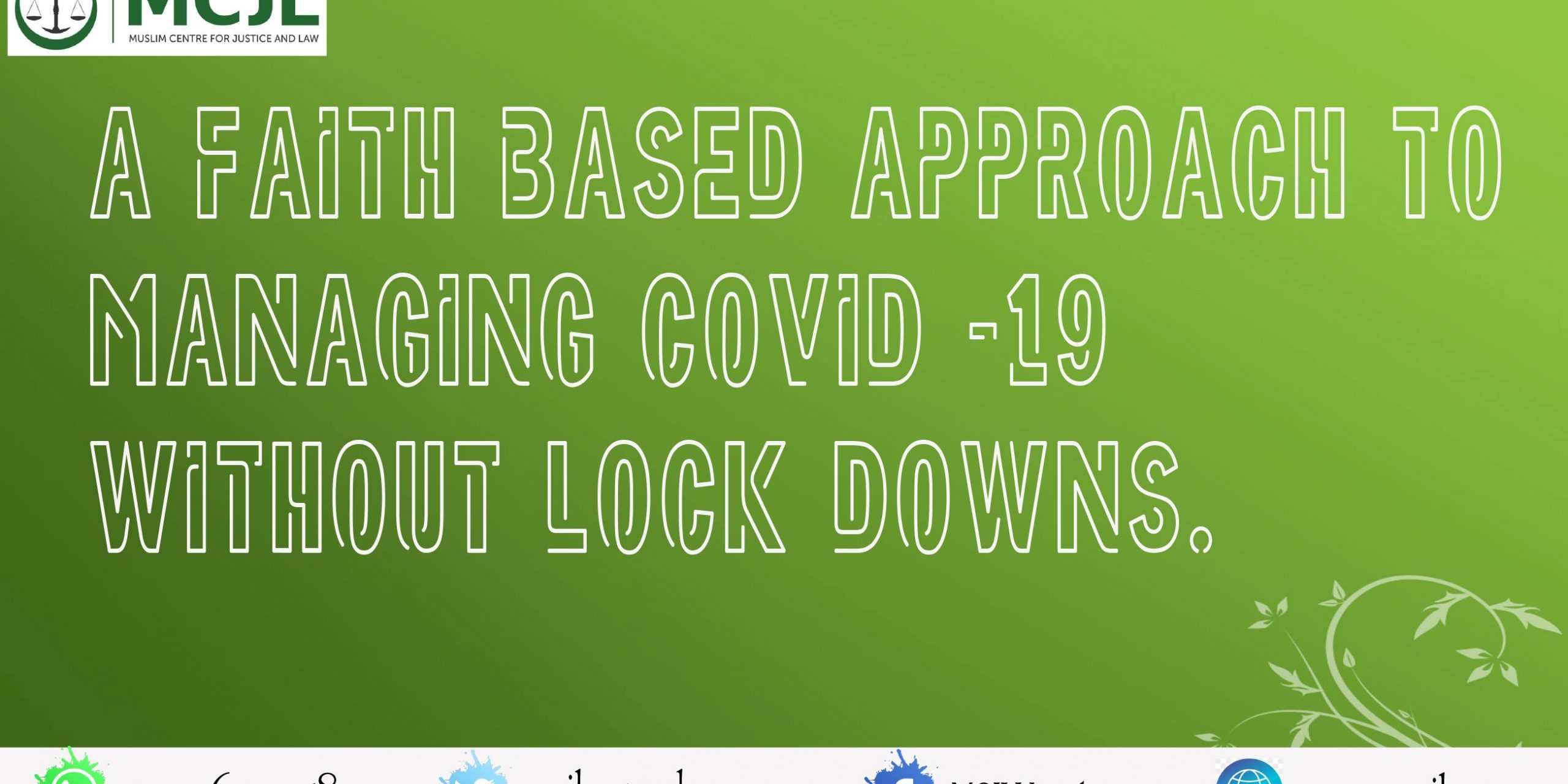 The year 2020 came with a new world order – a lock-down that has caused major global disruptions due to COVID-19 pandemic. Given the way COVID-19 spreads, governments and health workers went on a campaign to popularize proper hygienic practices such as regular washing of hands with clean water and soap to avoid contracting the virus, maintaining social distance and stay home campaigns.

Though the lock down is seen as an effective tool to break the chain of the spread of the virus, it has caused adverse effects on the lives of Ugandans including but not limited to hunger, anxiety, domestic violence and general economic decline that have adversely affected the  vulnerable poor. A faith based approach where faith leaders and faith based organization are put at the fore front of sensitizing the population about the need to observe the preventive measures against Covid19.

Faith leaders have more influence on the people and are more trusted than politicians. They often have a good understanding of the local context, speak out for the disenfranchised, mobilize energy and resources, contribute to consensus-building and connect local communities with higher authorities. The Ministry of health measures are not alien to faith and it is not difficult to look at them as part of the practices and values of religion.

Scientific as it may be, hygiene has been emphasized in the Islamic faith. Indeed Allah’s Messenger (PBUH) said that Hygiene or cleanliness is part of Deen. At the basic minimum, a Muslim washes once a day, assuming (s) he get ablution once a day. But also, they could make ablution five times a day. Muslims also wash every time they use areas of convenience. Regarding quarantine, the Prophet (PBUH) observed that when a place is affected by a plague, those in affected areas should not cross to other areas and vice versa.  These practices can be emphasized to control the spread of the disease.

Imam Ibn Hajar al-‘Asqalani in his book Fath Al-baari says that when a Muslim stays at homes in times of a pandemic with belief that Allah is the controller, if he dies of it he is rewarded as a Muslim martyr. Life has proven hard with the ‘stay home stay safe’ rule but this is the rule dictated by the situation. Islam taught about it too. The stay at home campaign though, should in this regard concentrate on those who experience symptoms of the virus.

A right to life and state of good health are some of the key aspects that Islam jealously protects and to that extent it forbids unlawful extermination of life. Any negligent behavior from Ugandans that enhance the spread of the virus can be addressed from this point of view. Indeed the Quran has dictated that saving a life is similar to saving the entire human race.

This article has biased itself to Islamic teachings to advocate for a faith based approach in containing the virus but we believe all other religious denominations have similar liturgies. A Faith based approach is one of the alternatives available in the fight against Covid19. Since the government has now made it mandatory to wear masks in all public spaces, the clergy can be called upon to lead by example.

Terms of Reference for Development of a new Strategic Plan
May 19, 2021