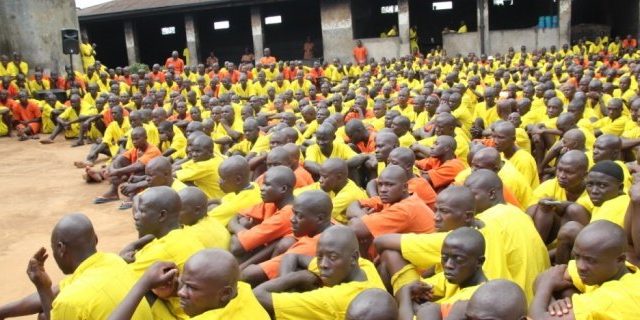 To the attention of the Chief Justice, the Minister of Justice and Constitutional Affairs, the Director of Public Prosecutions; the Inspectorate General of Police, and the Commissioner-General of Prisons.

RE: CALL TO TAKE IMMEDIATE AND URGENT MEASURES TO PROTECT THE RIGHTS OF DETAINEES IN UGANDA

Whilst Europe is at the epicentre of the COVID-19 pandemic, Uganda is preparing to face an increase in the number of cases. Measures have been swiftly implemented by the government who has shown a commitment to reducing the impact of COVID-19 on its citizens and the economy, which the signatories of this statement applaud and support.

The government has developed and carried out a robust response by prioritizing hand-washing facilities and encouraging individuals to self-isolate as a key part of tackling the virus as there is a particularly higher likelihood of the virus spreading rapidly when individuals are in close proximity. Particularly relating to Prisons, the Uganda Prisons Service has halted visits to prisoners from members of the public, which in our opinion does not in any way address the issue of crowding within the prisons. As of September 2018, the occupancy rate within Uganda prisons stood at 315.4%. The Chief Justice has also issued a practice direction limiting open court hearings and emphasizing the use of information communication technology (ICT) to the extent possible.

The signatories to this statement are concerned that official government statements and actions, including the practice direction issued by the judiciary, have omitted to address the issue that prisons and suspects in police cells are high-risk environments for transmission.

The Government also needs to bear in mind that since the staff-to-prisoner ratio is estimated at one staff to seven prisoners; as the situation escalates and restrictive measures are imposed, there is a high risk that this will cause tensions and instability in prisons across the country. Prisoners are aware and/or will learn of the risks associated with COVID-19. With the threat of rising tensions and possible restrictions, the low staff-to-prisoner ratio will put a severe strain on the management of prisons as prison officers will face unprecedented challenges.

In Colombia and Italy, riots have erupted in prisons which resulted in several deaths amid fears that the virus would spread, and health services would be unable to cope in overcrowded spaces. Steps to cut back the prison population are essential in order to respect detainees’ human rights and ensure their access to adequate healthcare. These steps would reduce the likelihood of an outbreak and would improve prison staff’s ability to address potential unrest.

The signatories are concerned about individual’s access to justice as the threat of COVID-19 will affect lawyers/advocates from accessing prisons which would question the legality of detention. While we appreciate the effort to protect officers of the Court, the signatories also note with concern that some measures are likely to restrict or violate the constitutional rights of the detained population. In particular, the suspension of the presentation to the Court of prisoners and remandees will result in violations of the 48 hours rule and the mandatory right to bail (Article 23). Although the Inspector General of Police, has ordered for the release of all suspects of minor offenses from police cells which is a commendable effort, we still find a gap in relation to suspects who may not fall under the category of minor offenses, yet may risk unlawful detention due to the restriction in the directive.

With Covid-19 threatening every country in the world and Uganda’s unique position to implement lessons learned in the interest of public health, the signatories of this statement urge the Ugandan government to take sufficient steps to immediately reduce the prison population in order to alleviate tensions and protect custody officers, healthcare staff, detainees, prisoners and preserve the health of all Ugandans.

Failure to act in this context goes in direct violation of detainees’ human rights. Additionally, we are concerned that this will provoke instability and lead to a preventable spread of the virus and consequently, to a significant number of deaths.

The signatories strongly recommend that the government put in place the following measures:

For further information or to arrange a media interview, please contact muslimjustice41@gmail.com for a timely response.